We will be electing members to the 2020 DWC Steering Committee at our Dec. 6, 2019 Breakfast at the Village Deli. Up for election are the positions of Vice Chair, Treasurer and up to five At-Large members. Currently we have four women who have expressed an interest in running for the at-large positions. If you have an interest in joining the Steering Committee please email DWC Chair Carolyn VandeWiele at [email protected]. Nominations can also be taken from the floor at the monthly breakfast.

Later today we will send out a ballot and voting information to all the DWC members who qualify to vote in this year’s Steering Committee Elections. If you believe that you should have received a ballot but did not, please email [email protected] asap and we will check into the situation asap.

Here are the candidates and candidate statements for the women who have put their names forward to run for the DWC Steering Committee this year…. 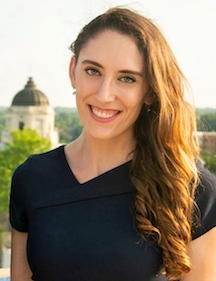 My name is Kaisa Goodman, and I’m asking for your vote for DWC Vice Chair. I’ve been involved with local politics and the DWC for the past few years, and I’m excited for the opportunity to serve and give back in this role.
Most recently, I worked as the Executive Director for the Monroe County Democratic Party as well as the Campaign Manager for Mayor Hamilton. I currently serve as MCDP Treasurer and as a board member of the Eugene V. Debs Foundation. I’m also a member of the 2019-20 class of Hoosier Women Forward, a leadership development program for Democratic women in Indiana. In 2015, I managed City Council Member Dave Rollo’s successful re-election campaign. From 2015-17, I was a board member for Democracy for Monroe County (Secretary 2015-16, Vice Chair 2016-17), and I’m a graduate of the IDP Emerging Leaders Project, class of 2016-17. While an employee at Bloomingfoods, I was a lead organizer in the successful efforts to unionize, then serving on the negotiation committee for the initial contract and as a union steward with the UFCW Local 700.
I’m a non-traditional student and am completing my Bachelors in Environmental & Sustainability Studies and Political & Civic Engagement at IU this spring. I work as a licensed insurance agent with Shine Insurance. 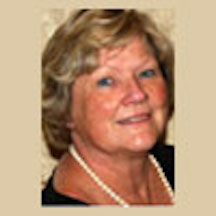 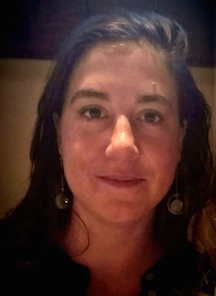 To the members of the Democratic Women’s Caucus. I, Claire Cumberland, am asking for your vote in my efforts to join your Steering Committee. Since graduating from Indiana University I have been involved with multiple boards and committees throughout the community. These include being appointed to the city’s Commission on Sustainability, the Bloomington Food Policy Council’s Steering Committee, as well as an ex-officio appointment to the Board of Directors for Bloomingfoods’ followed by an elected role. I have spent time on political endeavors as well, such as being a delegate to the Indiana Democratic Convention, taking part in Bloomington’s Citizens’ Academy, managing a city council campaign, and most recently being asked to serve as the Monroe County Democratic Party’s Communications Deputy Chair. I have years of leadership experience both academically and professionally. Also, I have recently gone through the Community Justice and Mediation Center’s 40 Hour Mediation training certificate program and in January I am taking the Red/Blue Workshop with Better Angels.
Combining my executive experiences with my political drive and desire for a more effective and ethical body politic, I am confident I will be a unique and potent member of this committee. I appreciate your time and look forward to serving, should you give me the opportunity. 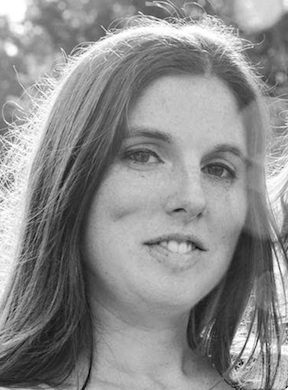 I am a local attorney practicing criminal defense law and a partner at Salzmann Law LLC. I am also a mom of two little ones. Though I am very busy, like all the other wonderful women out there doing it all, I have always tried to make time for the DWC. I began attending meetings in 2014 and have tried to be steady and regular in my attendance since then. I have served on the Endorsement Committee and am finishing serving my first term on the Steering Committee in the position of vice chair. Working as a local attorney I have seen in countless ways how local politics and elected officials can influence and affect the lives of those in this community.
I wish to continue serving on the steering committee as an at large member because I believe in the mission of the DWC. I agree with the principles that the DWC stands for and believe in it's mission. I am committed to helping the DWC move forward and stay true to the foundation already laid by the countless women who came before while still doing what is necessary to adapt and excel into a new era. I hope to be elected to the steering committee to help do this great work. 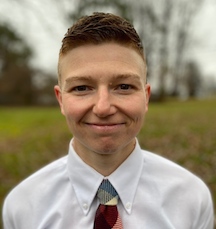 I am originally from Akron, Ohio and received a degree in Sociology from Thiel College in Pennsylvania. After working as a social worker in Pittsburgh for four years, I moved to Indiana. During my time in Bloomington, I have been a social worker, owned a food truck, and finally found a home with Monroe County Government. Over the past three years, I have worked in multiple departments, most recently taking over as the Human Resources Administrator.
As a DWC member, I am excited to be considered as a candidate for the Steering Committee. I work with our elected officials every day, many are women who have sought support from the DWC. The greatest resource these elected officials have are the people they surround themselves with, whether that is their family, employees, or groups such as the DWC. The most important part of being a leader is having a team of people around them to inspire and encourage. As a member of the Steering Committee, I will continue the mission of the DWC to strengthen our Democratic Women through unity, collaboration and teamwork. 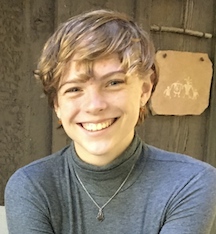 Marleyla Wiltz is a junior at Bloomington High School South, and is a budding local activist. In 2017, after the election of Donald Trump, Marleyla traveled to Washington D.C. for the Women’s March. The following year, after the Parkland, Florida school shooting, Marleyla joined the Bloomington Students Against Assault Weapons who raised enough money to travel to DC for the March For Our Lives. She has been an active member of the Young Democrats Club at BHSS as well as the local chapter of Students Demand Action, which advocates for common sense gun laws in America. This past year, Marleyla has started and is the current president of the Women In Politics Club at her high school, which is a nonpartisan club dedicated towards encouraging young girls to become more active in local politics and eventually run for office. She also was one of the participants from South High School who walked out of school on September 20th to strike to demand action from our leaders on climate change. Just last month, she participated in the city of Bloomington’s Teen RoundTable program, which was used by the city to gather information and opinions of local youth about the city’s present and future issues. Marleyla is looking forward to doing even more to help Bloomington in the future.
I am running for a steering committee position because I am interested in local politics, I feel that I bring a unique youth perspective, and I would love to get more involved with the Democratic Women’s Caucus.

BECOME A DWC MEMBER or RENEW your membership!
The DWC is dedicated to inspiring, recruiting, training, supporting and funding women to increase the number of progressive, pro-choice women in the political arena. We ALL help with this mission, together, collectively. Make sure you have full rights and privileges of membership.
Only $20 for one year’s membership.
Join online here: https://democraticwomenscaucus.nationbuilder.com/membership