Many of us have been thinking recently that we live in a bubble. A Democratic bubble...a Bloomington bubble...a partisan bubble...take your pick. We believe what we believe, and many or most of our friends believe the same. We read books and newspapers and magazines that tend to reinforce those beliefs, and let's be honest--there's a bit of reluctance to investigate opposing opinions and alternative sources of information because it can get uncomfortable. We've spent our lives arriving at our particular worldviews and god forbid we should realize there's another way to look at something and now we have to rethink it. Who has time for that! Which raises another fair point--all of us are busy. Busy busy busy with our routines and our many obligations, and that leaves little time or opportunity to do the work of actively seeking out people who think differently from us. But we need to understand how others think, and we need to be personally connected with those who don't share our opinions because otherwise we are the enemy, and they are the enemy, and we will remain polarized. And that's why we're in the mess we are in.

For any of you out there who have been feeling this way, there's a ray of hope. Sheila Kennedy's recent blog post suggests a website that might help us break out of our bubbles. It's called Pro and Con, and you can access it at the link below, where you can also read Sheila's comments on it.  Let's explore. Maybe we can begin to make a dent in the extreme partisanship that is undermining our democracy.

We had a huge turnout for Friday's Women In Politics Cocktail hour (over 53 women from 5 different counties). The success of the "Your Voice Matter's" canvassing organized by the Monroe County Democratic Party on the second Sat. of each month also shows that many people want to talk respectfully about what matters in their lives with others in their community. We don't have to agree, but we do have to have the conversation. So go out and talk with someone today!
ALSO IN THIS ISSUE:

Democratic Party Caucus for City Council At-Large Seat
As we announced last week, Tim Mayer is resigning from the Bloomington Common Council. On Monday, August 21, the Monroe County Democratic Party (MCDP) will hold a caucus to fill the vacant at-large seat. The Party encourages anyone who wants to compete in the caucus to do so and will give them the tools and guidance they need to make this a productive experience. If you’re interested in running, email MCDP Chair Mark Fraley for more information and next steps.
Additionally, the MCDP will be hosting events over the course of the next month to give the candidates an opportunity to meet the voting precinct chairs and to give all of us a voice as part of the process. These events will be as follows:

Tuesday, July 25th at 6-8 p.m.
Monday, July 31st at 6-8 p.m.
Sunday, August 6th at 5-7 p.m.
Saturday, August 12th at 1-3 p.m.
There will be forthcoming details about each event and what you can expect. For more information about this special caucus, contact Mark Fraley.

City is Now Seeking Applicants for Two Commissions--
The Hispanic and Latino Affairs and Environmental Commissions
Last week we reported that the Office of the City Clerk is accepting applications to fill vacant advisory seats appointed by the City Council on the Commission on Hispanic and Latino Affairs. The Clerk's Office just announced that it is also accepting applications for a vacancy on the Environmental Commission. Application review for both positions will begin soon and will continue until the position are filled. To learn more about each board and commission, including mission statements, membership requirements, current membership listings and term lengths, or for online applications, go to the online City system for board and commission information known as “OnBoard” at bloomington.in.gov/onboard, or by clicking on the “Boards and Commissions” button on the City’s home web page at bloomington.in.gov.
All board and commission meetings are free and open to the public. Potential applicants are urged to attend a meeting of their desired board or commission prior to applying. Meeting schedules and locations can be found under the “committee info” tab on OnBoard. City Boards and Commissions are citizen staffed and operated, and serve to advise the Common Council and the Administration on issues affecting Bloomington.

From Julia Vaughn at Common Cause:
Although the 2018 General Assembly is six months away, we’re hard at work building support for legislation to reform redistricting.
When Rep. Milo Smith, Chair of the House Elections Committee, squashed our chances for reform earlier this year by refusing to give HB 1014 a vote he lit a fire underneath our supporters.  Instead of allowing frustration to get the best of us, we’ve channeled it into energy.
It’s exciting how many of you have been engaged and are working with us to educate the public and build grassroots support. We are really making progress!

To celebrate that forward momentum, and to keep it building, I hope you will join us for a redistricting reform rally on Monday, July 17th at noon at the State House in Indianapolis.  Why July 17th?  It’s the birthday of the father of gerrymandering, former Vice-President and Massachusetts Governor Elbridge Gerry and therefore, the perfect opportunity for us to call for end to manipulating political district for partisan political advantage.  We’ll have a few speeches from leaders in the reform movement, we’ll play some games – including “pin the tail on the gerrymander monster”, and we’ll gather signatures on petitions. Most importantly, there will be cake!

Want to know more? Julia Vaughn's speech at the League of Women Voter's "Gerrymander Meander" on 7/16 was videotaped... we'll let you know if we see something posted. Plus we'll have brochures and stickers at our next breakfast and the League will have an information booth at the fair. 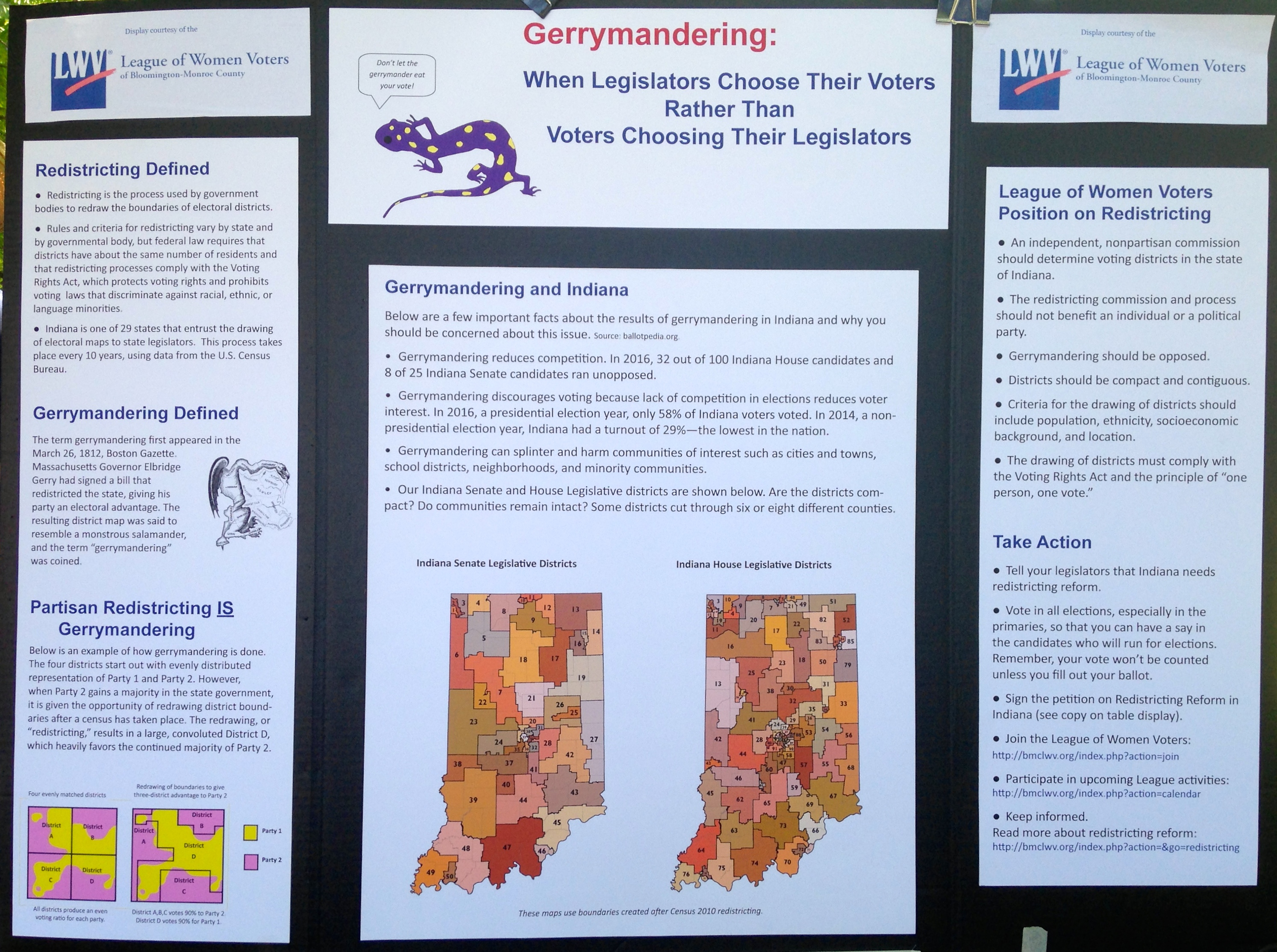 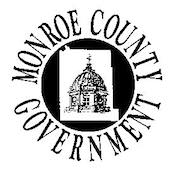 Commissioner Amanda Barge, Councilwoman Shelli Yoder and Monroe County Government officials are teaming up to provide leadership on this issue for this region. This event is for anyone who has an interest in this issue and being part of the solution. CEU's will be offered.
Tickets are going fast, so reserve yours now: https://www.eventbrite.com/e/monroe-county-government-annual-opioid-summit-tickets-9101014379

If your organization wants to sponsor this event, please email Shelli at: shelliyoder@me.com
If you are interested in presenting at the event, or having a booth, please email Amanda at: amandabarge@gmail.com

Join the DWC.  Renew your membership today.
The DWC is dedicated to inspiring, recruiting, training, supporting and funding women to increase the number of progressive, pro-choice women in the political arena. We ALL help with this mission, together, collectively. Make sure you have full rights and privileges of membership.
Only $20 for one year’s membership.  Join online here: https://democraticwomenscaucus.nationbuilder.com/membership

Do you have news items? Send your items of interest to us at dwcannouncements@gmail.com
Deadline for MMN is noon on Sunday.
Paid for by DWPAC - Democratic Women's Political Action Committee
Democratic Women's Caucus
http://www.democraticwomenscaucus.org/