Yes! It's time for the DWC Breakfast again!
Friday, 7:30 am, Village Deli
Part of our mission is in supporting women in all aspects of political life. This week we'll be talking about women running for office, hearing from some local women who recently ran and took office, and finding out the ups and downs of that whole process.  AND we'll find out how we can continue to support them after they are elected.
There won't be a lunch this week, but we will host a Women In Politics Cocktail Hour Friday, July 14th, 6 pm at Truffles. (see below)

What to do on the 4th after the Parade and Hot Dogs? 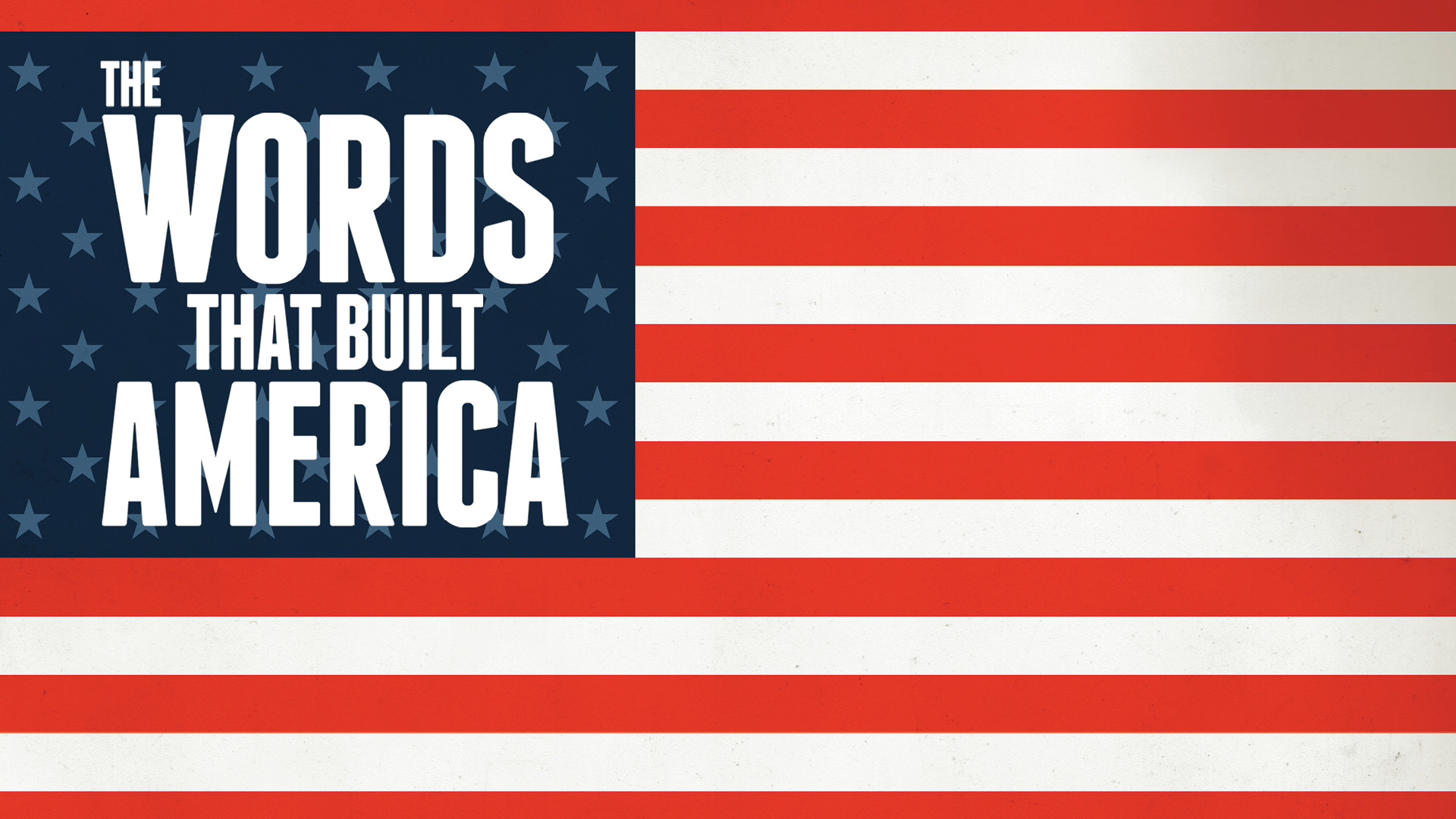 Alexandra Pelosi, documentary filmmaker, has created “The Words That Built America” which she hopes will highlight the things Americans have in common, rather than the things on which they don’t agree.  Her unique film features Democrats, Republicans, Senators, Presidents, and others reading the Declaration of Independence, the Constitution of the US, and the Bill of Rights.  Read more about it here: http://thehill.com/blogs/in-the-know/in-the-know/339738-new-alexandra-pelosi-documentary-brings-together-gop-dem
How can one ignore Morgan Freeman reading anything!
Also -- A little video preview with Pelosi explaining her project:
https://www.bing.com/videos/search?q=alexandra+pelosi+documentary&view=detail&mid=F9947D77A246D64E3ECBF9947D77A246D64E3ECB&FORM=VIRE

2017 TORCHBEARER AWARDS Nomination deadline extended.
Indianapolis, (June 30, 2017) — We know summertime is a busy time of year! So, the Indiana Commission for Women has decided to extend the deadline for its annual Torchbearer Awards to July 10, 2017!
The State of Indiana’s most prestigious recognition of women, Indiana Torchbearers are those women who have stepped forward as leaders by breaking down barriers to women’s full participation. Recipients will be selected from a pool of nominated candidates who have overcome obstacles, made extraordinary contributions to Indiana or to their communities or been pioneers throughout their lives.
Nominations may be submitted by email.  Visit www.in.gov/icw/2334.htm to download the nomination form and guidelines. Submitted nomination forms are due on or before Monday, July 10, 2017, at 5:00 p.m. EST. Recipients of the 2016 Torchbearer Awards will be announced at an Awards Ceremony on September 27, 2016.
For more information, assistance, or a printed copy of nomination form, contact Kristin Garvey, Executive Director at 317-232-6720 or [email protected]

Once again, Sheila Kennedy inspires with her column on My Civic Utopia
http://www.sheilakennedy.net/2017/07/my-civic-utopia/

EVENTS:
4th of July Parade
Tuesday, July 4, 10:am
Jim and Tomi Allison and the members of Reverse Citizens United cordially invite you to hold one of Octi's tentacles in the parade! Octi is a symbol of the multi-faceted takeover of the people's democracy by corporate America.  We take it on parade to demonstrate our opposition to that takeover.
email them at [email protected] for more information.
AND
If you want to march as your favorite She-ro, contact the Monroe County National Organization for Women.

Rise to Run Informational Session
Wednesday, July 5, 2017, 7:30 pm.Monroe County Public Library
Rise to Run is a national grassroots organization that encourages and trains young women to run for office, and to take active roles in elections. Please encourage any young woman, high school or college ages, to come by to learn about this program in Bloomington. We're one of 4 pilot programs in the country, and the only one based in the community rather than on a campus.
FOR MORE INFORMATION CONTACT:
Rachel Guglielmo [email protected], 812-361-1610;
Regina Moore [email protected], 812-340-2496

MCDP ‘Your Voice Matters’ Listening Tour
Saturday, July 8, Shifts at 11 a.m., Noon, and 1:00 p.m., Bryan Park Henderson Shelter
Help reach out to members of our community to ask “What do you want from your government?”  We’ll go door to door to lend an ear to voters who want to express concerns about local, state, and national issues. Volunteers will first be trained on how to engage with voters, get a walk packet, and then return to debrief. You do not have to have canvassing experience to attend. If you are new to canvassing, you will be paired up with an experienced canvasser. If you have questions or would like to sign up to help, contact Teri Bleuel.

Freedom Rally - We The People
Saturday, July 8, 2017, 11:00am - 2:00pm, Indiana State House
At an event hosted by Hoosiers For Action, celebrate the Constitution and the freedoms that it gives us! Join Hoosier Action to listen to various speakers and to check out like minded organizations from around our great state. More details to come!

The Gerrymander Meander
Sunday, July 16, 2:00pm, Childs School
Join a creative event sponsored by the League of Women Voters of Bloomington and Monroe County--REDISTRICTING REFORM: DID THE GERRYMANDER EAT YOUR VOTE? On the eve of Elbridge Gerry’s birthday, July 16, the LWVBMC will sponsor a leisurely walk around the borders between Indiana House districts 60, 61, and 62. In 1812, Gerry lent his name to just such an oddly shaped bit of creative district - drawing around Boston that resembled a salamander, thus the name “Gerrymander.”  They need helpers as well as walkers. If you’d like to help with this event, contact George Hegeman (812-336-2709)

Monday July 17  Noon - 1:00pm
Rally For Redistricting Reform - Sponsored by Common Cause
Indiana State House, 200 W. Washington St, Indianapolis, South Steps
From Julia Vaughn at Common Cause:
Although the 2018 General Assembly is six months away, we’re hard at work building support for legislation to reform redistricting.
When Rep. Milo Smith, Chair of the House Elections Committee, squashed our chances for reform earlier this year by refusing to give HB 1014 a vote he lit a fire underneath our supporters.  Instead of allowing frustration to get the best of us, we’ve channeled it into energy.
It’s exciting how many of you have been engaged and are working with us to educate the public and build grassroots support. We are really making progress!
To celebrate that forward momentum, and to keep it building, I hope you will join us for a redistricting reform rally on Monday, July 17th at noon at the State House in Indianapolis.  Why July 17th?  It’s the birthday of the father of gerrymandering, former Vice-President and Massachusetts Governor Elbridge Gerry and therefore, the perfect opportunity for us to call for end to manipulating political district for partisan political advantage.
We’ll have a few speeches from leaders in the reform movement, we’ll play some games – including “pin the tail on the gerrymander monster”, and we’ll gather signatures on petitions. Most importantly, there will be cake!

First Annual Monroe County Government Opioid and Prescription Drug Summit
Thursday, Sept. 28,, 9:00am, Monroe County Convention Center
Commissioner Amanda Barge, Councilwoman Shelli Yoder and Monroe County Government officials are teaming up to provide leadership on this issue for this region. This event is for anyone who has an interest in this issue and being part of the solution. CEU's will be offered.
Tickets are going fast, so reserve yours now: https://www.eventbrite.com/e/monroe-county-government-annual-opioid-summit-tickets-9101014379
If your organization wants to sponsor this event, please email Shelli at: [email protected]
If you are interested in presenting at the event, or having a booth, please email Amanda at: [email protected]

AND Join the DWC in 2017. It's important to stay organized and energized! Renew your membership today.
The DWC is dedicated to inspiring, recruiting, training, supporting and funding women to increase the number of progressive, pro-choice women in the political arena. We ALL help with this mission, together, collectively. Make sure you have full rights and privileges of membership.
Only $20 for one year’s membership.  Join online here: https://democraticwomenscaucus.nationbuilder.com/membership

Do you have news items? Send your items of interest to us at [email protected]
Deadline for MMN is noon on Sunday.
Paid for by DWPAC - Democratic Women's Political Action Committee
Democratic Women's Caucus
http://www.democraticwomenscaucus.org/