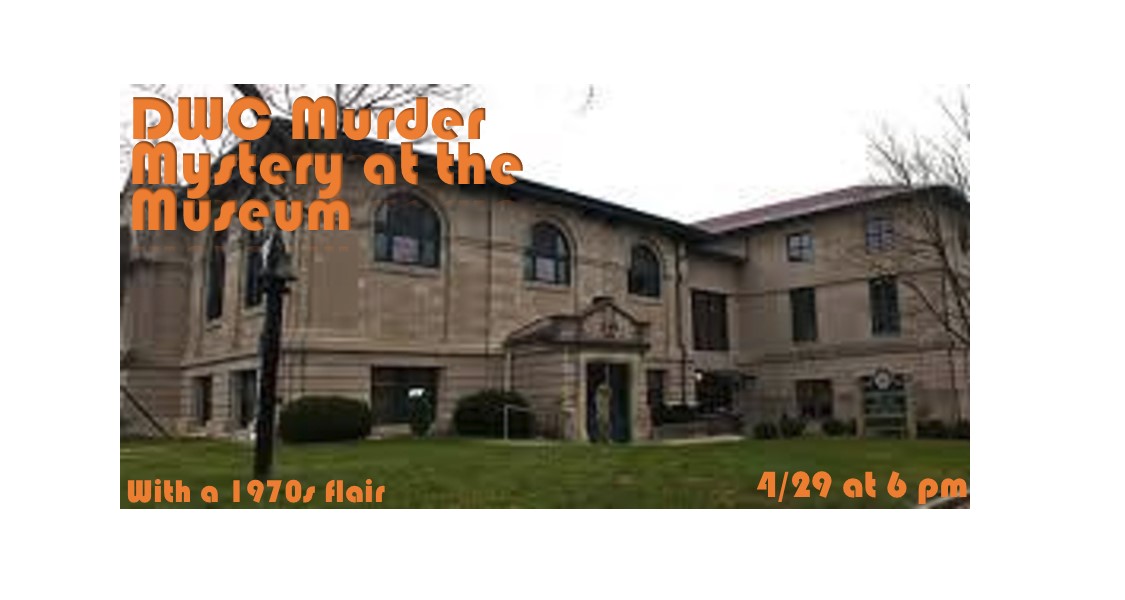 Posted by Julie Thomas 78sc on
Tickets are now available!

It is April 29th 1970, fifty years after the 19th amendment ensured women the right to vote. As a new decade ushers in limitless possibilities, you have been invited to the Monroe County History Center Museum for the annual Elizabeth Cady Stanton Gala, celebrating the pioneering suffragettes and their fight for equality. It is an elegant affair, where Washington insiders sip champagne with stunning socialites, mop topped British rockers dance with sultry mavens of Soul, and intellectual elite debate with roguish revolutionaries. Hidden among the ancient tomes and historic artifacts, are cryptic secrets, and mysterious untold stories.

The problem is, one of you is a murderer.

To take part in our sponsorship packages, or to get more information, please email Amanda, at [email protected]

"If they don't give you a seat at the table, bring a folding chair".

"A feminist is anyone who recognizes the equality and full humanity of women and men".
$250 includes 2 tickets, DWC items, official event sponsorship advertising and more

"Every moment is an organizing opportunity, every person a potential activist, every minute a chance to change the world".