As a Political Action Committee, we are proud to endorse progressive, Democratic women candidates in Monroe County for the offices on the ballot in all city, town, township, and county races. Additionally, State House and State Senate candidates may be endorsed if the district represents at least part of the Monroe County populace. We do not endorse women for federal, local School Board, or State offices not listed above. Bio:
Jean is a social worker, community activist, and in 2016 was named Bloomington woman of the year.  She has served on the boards of the National Association of Social Workers Indiana Chapter as a region representative and chapter vice president and of Women in the Arts, the producers of the National Women's Music Festival.  She currently serves on the City of Bloomington Utilities Services Board.  She was finally able to marry her wife, Jenny, in 2014 after a federal court ruling on marriage equality, and they live on the north side with their five cats.  She has spent her career working with people living with intellectual disabilities, brain injuries, and those experiencing homelessness, substance use disorders, and mental health issues.  On the city council, she will use her skills and experience to help build a better Bloomington for all. 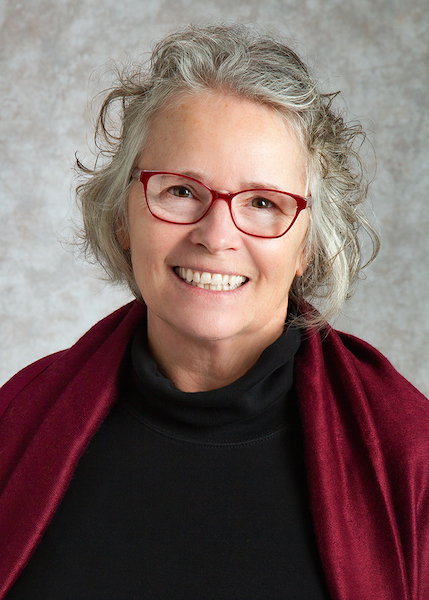 Bio:
I have worn many hats over the years -- researcher, educator, higher education administrator, director of non-profit agencies, fundraiser, and quilter. I have been a Bloomington resident for 16? years and moved here because I didn’t want to raise my daughter in Los Angeles. I have worked in the field of social services since moving here – Girls Inc., Planned Parenthood, Middle Way House, and now Shalom Community Center.
My commitment to issues of social justice also led me to become active politically, starting with the fight to pass the Equal Rights Amendment in the late ‘70s, in Illinois. I volunteered on John Kerry’s team for his US Senate race in the early ‘80s, in Boston, and have volunteered on many campaigns for strong women in local elections since I moved to Bloomington. In 2011, I decided to run for City Council in District 2 – a decidedly Republican district – and have been on City Council since 2012 and currently serve as Vice-President. I deal with challenging issues and, in fact, believe there are no “easy answers” to what comes before Council. I am an active listener and base my decisions on listening to constituents’ comments and what I think is best for the future of Bloomington. 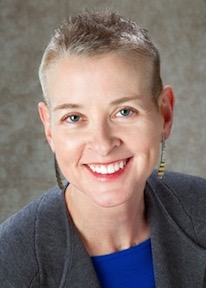 Bio:
Miah Michaelsen is the Deputy Director of the Indiana Arts Commission where she oversees day-to-day operations of the State of Indiana’s arts agency directing an annual budget of $4.7m and more than 500 contracts and grants for artists and arts providers, touching all of Indiana’s 92 counties. She also directs the agency’s strategic planning, capacity building and outcomes assessment work. Previously, Michaelsen served as the Assistant Economic Development Director for the Arts for the City of Bloomington, Indiana where she worked at the intersection of arts and community, downtown, economic and neighborhood development on initiatives such as the Bloomington Entertainment and Arts District (BEAD), the state’s first officially designated cultural district; public art development for neighborhoods and downtown; grants and other incentives for the development of the entrepreneurial and creative sectors; festival and special event facilitation; policy implementation and art space development. She has taught arts marketing as an arts administration adjunct faculty member at Indiana University’s School of Public and Environmental Affairs and has served as an independent consultant to Indiana communities seeking direction on cultural and community planning. She continues to serve the field as a grant panelist for agencies such as the National Endowment for the Arts; the Michigan Council for Arts and Cultural Affairs and Cuyahoga Arts and Culture in Cleveland and a juror for numerous exhibitions and festivals. She also presents and provides trainings on the intersection of municipalities, economic development and the arts. Previous service includes Visit Bloomington, Cardinal Stage and Downtown Bloomington, Inc,. and current service includes advisory boards for both WFIU Public Radio at Indiana University and the Ivy Tech John Waldron Arts Center. She received a Bachelor of Arts degree with distinction in theater from Hendrix College in Conway, Arkansas. She is a member of the Democratic Women’s Caucus and attends Trinity Episcopal Church. 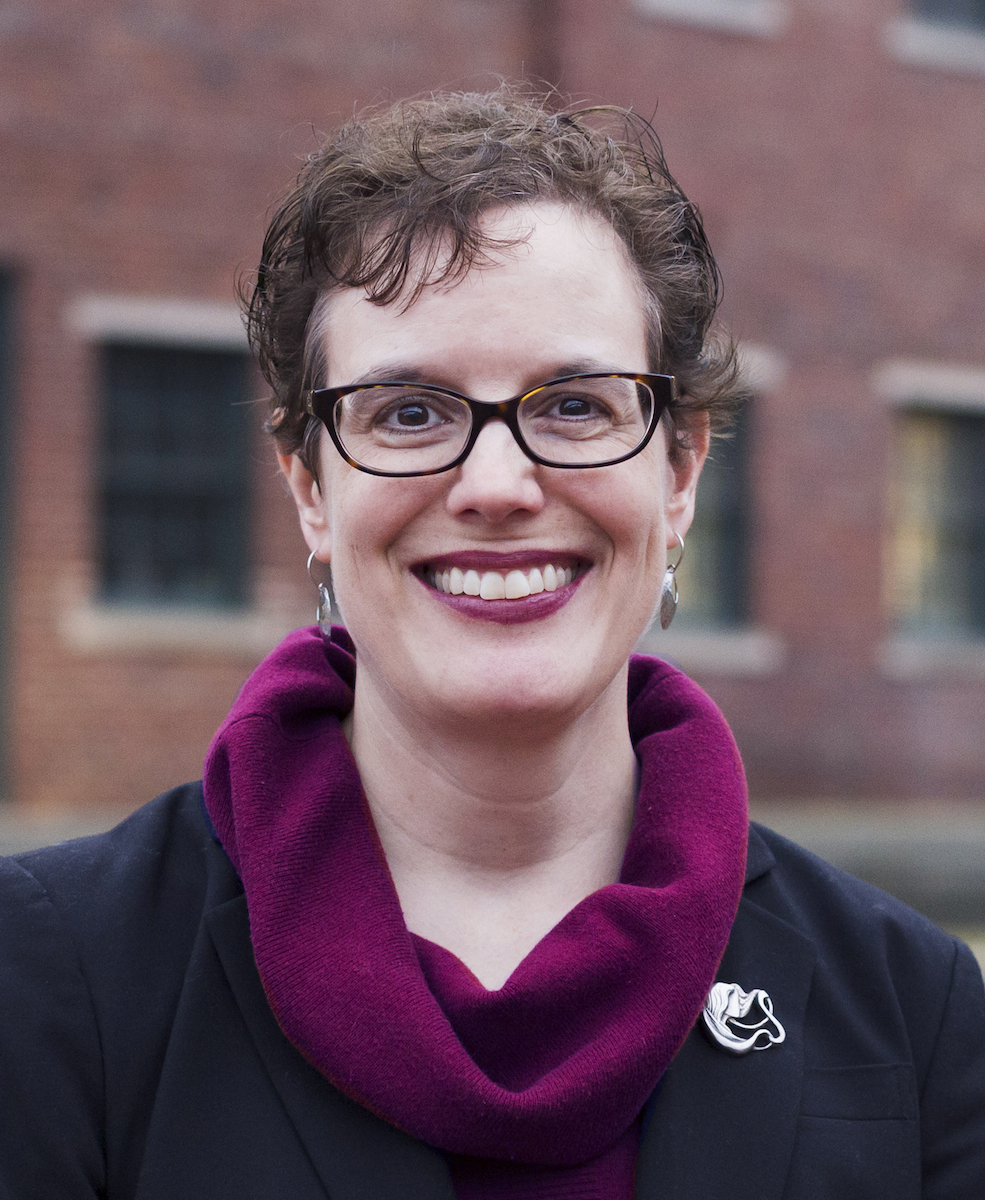 Bio:
Isabel Piedmont-Smith is a Bloomington native running for re-election as District 5 representative to the City Council. She served 2008-12, took a term off for family reasons, and began serving her second term in January 2016. She was Council President in 2010, Vice President in 2018, served several years as the Council's representative to the Plan Commission, on the Public Safety Local Income Tax committee, and on the Jack Hopkins Social Service Funding committee, among other Council roles. Isabel holds a BA in History from Oberlin College and a Master of Arts in Teaching from Boston University, and has worked as department administrator and fiscal officer in the Department of French and Italian at IU-Bloomington since 1998. She is a first-generation American whose parents immigrated from Germany in the 1960s, and she lives in the McDoel Gardens Neighborhoods with her husband David Smith and two cats. Bio:
Kate Rosenbarger was raised in New Albany, Indiana.  Growing up in a downtown neighborhood with a city planner as a father and an educator as a mother, she learned from a young age that everyone deserves a safe, stable neighborhood that they feel proud to call home. Kate has applied this lesson to her own career in community development. As such, she is passionate about working with communities to promote neighborhood strengths, work toward sustainable goals, and attract and retain investment.
Kate is running for City Council to be a strong advocate for everyone who lives in District I. She wants to see a more sustainable city that lifts up everyone: to bring out the best of our neighborhoods while welcoming families of all income levels to live alongside each other; to improve our transportation system for everyone, whether you drive, walk, bike, or ride the bus; and to make every decision through a sustainability lens. Kate is an experienced, next-generation leader who believes that by sharing ideas, listening to one another, and working together toward common goals, we can build a better Bloomington for everyone. Bio:
Sue Sgambelluri has worked at IU since 1992 and has called Bloomington home since 1994.  In those 20+ years, she has served the most vulnerable in our community through leadership and advisory roles with Habitat for Humanity, South Central Indiana Housing Opportunities (SCIHO), the CDBG Block Grants Citizens Advisory Committee, the Jack Hopkins Social Service Funding Committee, and other organizations.
Sue believes economic vitality is critical for social well-being, and she has served on the City of Bloomington Redevelopment Commission during a particularly exciting time in our history.  Together with many Bloomington leaders, she has worked directly on economic development and the creation of a vibrant sustainable economy in Bloomington with projects like the Trades District, Switchyard Park, and affordable housing.
Sue has been a professional fundraiser for 15 years.  As a Director of Development for the College of Arts & Sciences at IU, she works with external partners - both individuals and organizations - and she serves as a catalyst for private support for the University's students, faculty and programs.   If you would like to learn more about past professional roles and community service please visit her LinkedIn profile.

LINK TO OUR 2018 ENDORSED & SUPPORTED* CANDIDATES